Here's a very old screenshot for you. BitchSlappa is actually Shlonglor. This was a Plains of Snow left vs right game. 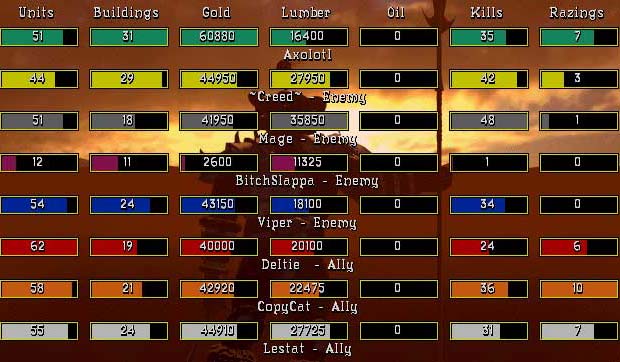 From the very old to the very new. The 2 players ranked number 1 beside each other. I doubt this has happened too many times so I couldn't pass up a screenshot of it.

Here is proof that the computer sucks. These 2 screenshots are me against 7 computers on friends.pud, and everything is free.pud respectively. 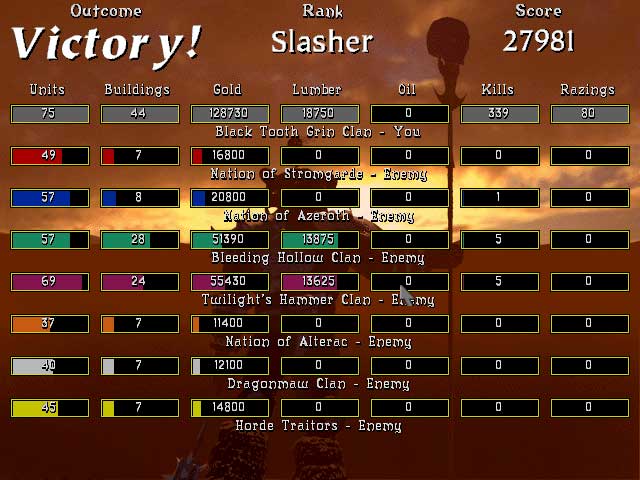 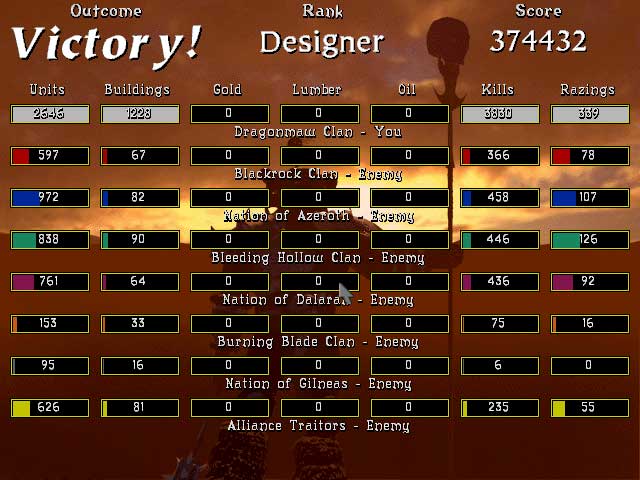 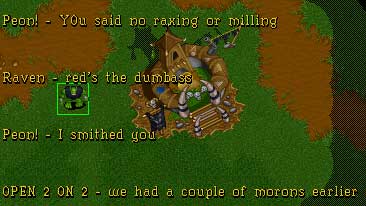 Not having to go Town Hall First was pretty fun with the old version of War2. Pestilence and myself joined these guys' game 5 times in a row, each time with different names. Pestilence built a barracks in their base before their Hall was done 3 games in a row. We rejoined as different names, and played by the rules 'no raxing'. So he milled one of them. We rejoined, and this time they said 'no raxing or milling'. The rest is pretty self-explanatory. Wonder who those morons were earlier?